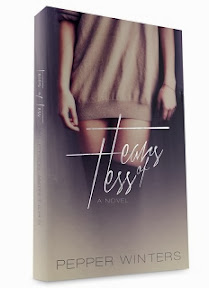 I went to see the movie 'The Counseler' the other week with my daughter. Why did I do that? Look at the poster here and immediately you will know. I chose by the cover, like I do when reading books: 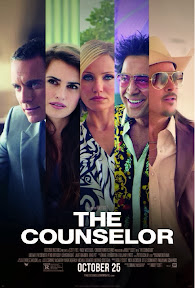 What's there not to like. The casting of the best Oscar winners, nominees and wanna bees. Directed by one of my favorite directors and scripted by a really well considered screen writer and from a very famous book, which I had not read, mind you.

Do not judge a book by its cover, I say.

It is the same when I first tried to read 'The Fifty Shades of Grey' by E L James. The book that made the concept of sadomasochism normal. I only got to the chapter five and was getting bored. Now I know why. It reminded me of the first book of the 'Twilight' series in its style. It was disturbing. (At the time I did not know that it started as fan fiction to the series). Instead I ended up researching and updating the popular culture of sadomasochism by reading 'Sadomasochism and Ardent Love: A Reader's guide to Fifty Shades of Grey' by Edward Shorter 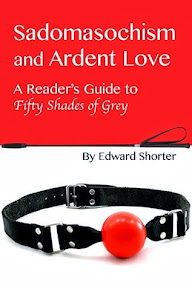 Why would I do that? I am very interested in this subject matter. If you google me, you find that I have done a lot of research on pornography, prostitution and the history of ideas of the concepts of human sexuality during the last 30 years in several languages.

Sex is normal. What I find interesting and often disturbing is the way it is presented in the popular culture and how that presentation is influencing the audience.

OK! So, I came out of the movie theatre after seeing 'The Counselor' really disturbed. With questions of why would Ridley Scott want to direct such a movie? Is it his statement of life? Maybe it is about our society? What is it about Mexico, that makes it such a suitable place to be used as a background to movies and books like this? And the same with the actors. Bratt Pitt, the philanthropist? What's with that?

It is a cold, cold world we live in when films like this are considered for Oscars despite that whatever happens in them can actually happen in real life.

For me it is the question of placing them in the right expectations with the audience. This movie clearly was not. Mark Dinning, in the Australian 'Empire' magazine (December issue) likes the film or maybe not. "It will frustrate. Or reward. Your choice", he writes. Well, I am really frustrated.

Maybe now that I really think about this. The movie reminded me of 'The Fifty Shades of Grey' in its handling of the subject matter. That would be its aim to shock, when there is really nothing to be shocked about. We are talking about the power over relationships and money. The dominants can be whoever.

The book is a fine piece of writing, witty and interesting, if you are interested in the subject matter. And it is her first novel! It reminds me of three movies I've seen with similar kind of handling of the subject matter:

Firstly 'The Inferno' of 1999, staring Jean-Claude Van Damme. With very interesting way to depict the futility of death while looking to regain your own humanity. 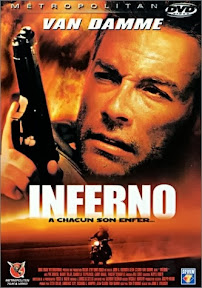 It really puts across the point of the human life having no value when one of the characters just raps the ever piling bodies in a clad rap and slides them down a Mexican canyon with no remorse or judgement while toasting the death with his water bottle.

The second one is 'Dirty Pretty Things' (2002), starring Andrey Tautou. The movie is written by Steven Knight and it's subject is the trafficking of the human body parts with the backdrop of the illegal emigration to Britain. 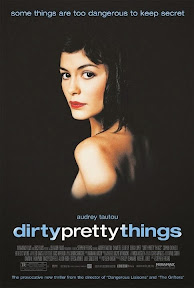 I found it very captivating although it was not a romance with a happy ending for the hero and the heroenna like I would like to have had. I am a romantic.

The third one is the resent Steven Knight movie 'Hummingbird' or 'Redemption' (2013) starring Jason Stratham. It is also about human trafficking and the moral issues of violence with the backdrop of the homelessness and the mobs of London. 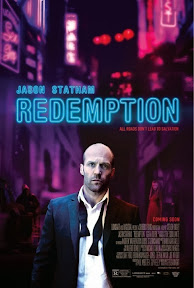 I find myself drawn to contemplate on the human mind of how it can compartmentalise violence and sex. It is really interesting how when the sex and violence is not confused in the gaining of money or power in books and movies, it is easier to absorb and people like me can find it entertaining and at the same time rising questions about the human behaviour in tight moral situations.

Comparing 'Redemption' to 'The Counselor'', I find that it's unpretentious way to handle the subject matter clearly beats the try hard pretend philosophical banter of the other movie. Maybe it is the difference of the male brain and the female brain in how we interpret the movies, when we see them. But I like unpretentious, particularly when depicting violence.

It is like one of my all time favorite movies 'The Escape from Absolom' or 'No Escape' (1994) with Ray Liotta still tops my list of enjoyable male brain movies because of its straight forward aim to be what it is and nothing else. And with no sex, thank you. 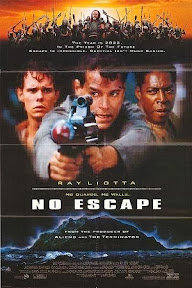 It is based on the 1987 book 'The Penal Colony' by Richard Herley. There are others but this one is still my favorite.

Going back to 'Tears for Tess' then. I have been reading the reviews and the comments about it in the social media. They are excellent, particularly coming from the women. Well, clearly it is a female brain book.

There is the common question with the 'Fifty Shades of Grey' of why she came back for more. The answer seems easy. The next book in the series is being published in the middle of December. So obviously she and Q, the dominant were not done with the moral dilemma. And they are in love, of course. The book is a romance although pretty graphic as such. So, a no brainer.

To tell you the truth, I cannot wait to read the 'Quintessentially Q' when it comes out.

What I am afraid, however, is that Pepper Winters is aiming at publishing a trilogy when I can only see two sides to the immediate story.

What I would like to see as the third segment is an original screenplay by her for a movie with Tess and Quincy explaining their legacy to their 18 and 16-year old children, 20-odd years in the future. It should be directed by Steven Knight and starred by Stratham and Tautou. I would like to see how they handle the moral dilemma and win. It would be a romance, of course.

As I see it, it is good to dream of a better world where people can live in peace without violence and sex can have all its expressions people are comfortable with without double morals or double standards getting on the way.

Many people believe that what we get is only limited by our imagination. I would think that good storytelling can contribute to good outcomes and bring unpretentious positive images into our world.

Posted by Unknown at 5:30 PM No comments: