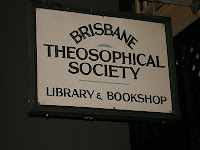 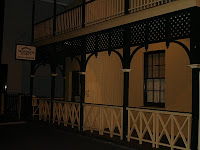 The talk is concerned about the roots of the charitable thinking processes and how a theosophical worldview can be seen as a vehicle in aiding humanity in the process of building the core of the Brother/Sisterhood of humanity. 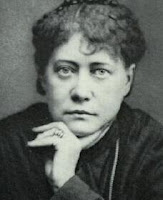 My talk starts with the introduction of Helena Blavatsky as a major inspiration in my life. She was born in Russia in 1831 and was one of the original founders of the Theosophical Society in 1875. I was introduced to her thinking by my grandfather, who gave me her book The Secret Doctrine published in 1888 as a 16-year old and urged me to read it. Of course it went a bit over my head then and instead of finishing it I first completed her The Isis Unveiled, published in 1877. I studied Blavatsky’s ideas as my special subject of study in my university History of Sciences and Ideas studies.

Helena Blavatsky has remained a major influence in my life. I have always liked to talk about her achievements and recite the stories I know about her charitable acts towards others. Many of her actions were just natural random acts of kindness towards people in need, often resulting in a great expense to her own comfort. To know more read for example Sylvia Cranston’s biography of Blavatsky (Cranston, 1993). She was continuously engaged in introducing the world to what would be a philanthropic or charitable action in practice from the theosophical point of view. A brief history of the charitable/philanthropic thinking processes in this light challenges us to talk about several ideas taken from different sources.

The first reference is to Prometheus Bound, a classical book, now convincingly argued to have been authored by a Greek author Aeschylus’ son, Euphorion (Sulek, 2010).

Prometheus is our first classical example of a god who has reached out to advance the humanity in its struggle from oblivion to understanding. Through him we get the concept of philanthropy as an action as he was accused of being a philanthrôpos, a friend of humankind, by other gods and Zeus bound him to a mountain and he suffered for his kindness. Blavatsky referred to this by stating that Prometheus was only a traitor in reference to other gods. In relation to humanity he was a philanthropist (Blavatsky, 1979).

How can we define the word philanthropy? 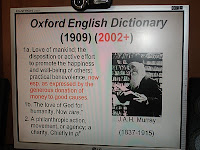 A colleague of mine, a researcher in America has just published two articles on the meaning of the word philanthropy from both classical and modern references. I shall quote from the hypotheses included in his presentation and the pictures here give you the dictionary definitions arranged by Marty Sulek (2010):

If we further look to understanding philanthropy through authors Payton and Moody, we can see that philanthropy can mean a lot of things:
• Voluntary giving, when we give our money...
• Voluntary service, when we give our time and sometimes our talent…
• Voluntary association, the organized activity…(Payton & Moody, 2008, p. 6)
Philanthropy has an assortment of meanings in other ways as well
• A moral action in response to the ‘human problematic’.
• ‘A social history of the moral imagination.”
• Essential to free, open, democratic, civil society.
• Tradition in jeopardy… (Payton and Moody, 2008)
The philanthropic action includes
• ‘Random acts of kindness’
• Organized action
• Systematic efforts
• Seek to reduce suffering
• Seek to improve quality of life (Payton and Moody, 2008)

How can a theosophical worldview aid us in our aim to understand the charitable thinking processes? 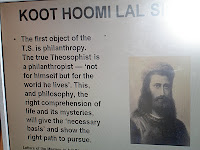 In the letter 45 in the Letters of the Masters to A.P.Sinnett, Koot Hoomi Lal Singh, one of the Blavatsky’s teachers wrote: “A true Theosophist is a philanthropist (Hao Chin Jr., 1998).” His reference is to the first object of the Theosophical Society which involves building a core of the Brother/Sisterhood of humanity. There is a hint of what it means in his declaration that a Buddha is the real philanthropist. The Chohan’s definition of philanthropy as ‘divine kindness’ (Ibid. p. 479) brings more clarity of what they might indicate in terms of what philanthropic action is expected of this core of the Brother/Sisterhood of humanity.

From the modern Buddhist perspective the concept of altruism and its relationship to the philanthropic action can further clarify this underlying meaning. In a resent email Marty Sulek reminded me that the concept of altruism was only brought to our vocabulary by Augustus Comte in his System of Positive Polity (1851). The Dalai Lama takes this modern concept of altruism and explains it in relation to the classical Buddhist concept of bodhichitta as the highest possible charitable action by a candidate, “the compassion towards sentient beings... [and] the aspiration to attain enlightenment for the sake of all (Dalai Lama, 2003).” I can well draw a straight line to philanthropic action in the classical sense. In my mind this matches with the definition of ‘divine kindness’ very well. In his talks the Dalai Lama often states that everybody is seeking for happiness.

Immanuel Kant (1724-1804) on the other hand did not think that happiness has anything to do with it. He stressed the principal of duty and said that since happiness was based on imagination, this did not qualify as rational action. Koot Hoomi disagreed with him and stated that the western thinkers were not putting the concept of philanthropy in a context of universal law and that they just made it to an ‘accidental manifestation’(Hao Chin Jr.,1998). However that may be, Kant’s thoughts have dictated a lot of western thinking processes, particularly the reformist thinking. Many people following the Lutheran ethics do not handle the notion of happiness, passion or self-fulfilment very well.

The second object of the Theosophical Society urges us to further research in the realms of religions and sciences. Can we find anything there that can enhance this understanding? 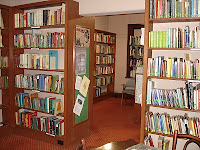 The Buddhist example contributes with the idea of Bodhisattva who refuses to take on the ‘divine ropes’ and instead stays as a part of a core of brother/sisterhood in consciousness to aid the rise of the awareness of humanity. Lama Govinda (Govinda, 1969) is a good author to read for further explanation on this philanthropic action model. The Hindu example is in the Bhagavad-Gita with its 18 yoga chapters and different yogas to aid an aspirant from ‘non-action to in-action’. The modern scientific example comes from the brain research in Hypothalamus, the brain of our brain with its ability as a tool to sort out the many layers of our feelings and emotions. With the help of this we can aid the psychological understanding of what relates to the development of empathy and compassion. Our ability to see the others’ views is also a part of the modern study of what is involved in philanthropic action. The Christian view is brought in with the urge to treat the others as you want them to treat you and with the orthodox idea of ‘go-working with God’ as a definition to philanthropic action.

We can name plenty of nonprofit organisations who have taken this kind of action as their core business. The International Theosophical Order of Service was founded by Annie Besant to take on the practical adaptation of theosophical ideas in the real world. The work of the TOS has become even more important in today’s society where there is a real need to understand that the global economy needs global solutions in the fight against exclusion, poverty, abuse and corruption in its aim for the equal human rights to everyone. The US nations 1948 Human Rights Declaration urges us to work towards this goal “in the spirit of brotherhood.”

I myself work in a community care organisation with the aim of making sure that all the members of the community, the elderly, disabled, families, and children and otherwise underprivileged are assured human dignity and equal possibility to community participation and services. The many faces of emergency relief can now be seen as the organised continuation of charitable thinking processes and charitable action in our modern society.

Basically my scientific conclusion is that the charitable/philanthropic action as such is the highest selfish action we can take. On the whole it pays to be charitable and enhancing others will work towards enhancing yourself and your own wellbeing. Working in an organisation which heavily relies on voluntary contribution in service delivery, I see this every day. It brings people happiness and self-satisfaction to work together towards common goals. The positive results that come from being able to help are blatantly visible. I urge everyone to join in the brother/sisterhood of the charitable philanthropic action wherever and whenever possible.

What it all comes to is in the end is the three C:s: Compassion, Conviction and Cooperation.