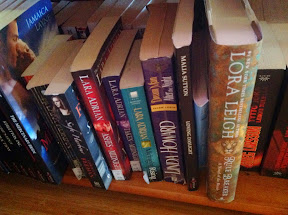 Would you look at my bookshelf there near the floor. If you compare it to the picture on my previous posting of the Ardent Romance Book Reader in the year 2011 you could be shocked to realize how much has happened in the book industry world since then. I certainly was.

In three years we have been gifted with eBook readers, like iPads and the Kindles and what has happened to our bookshelves? That there in the picture is the grand total of my romance books left on the shelf. The rest have been given away or boxed for future reading pleasure. I do like checking my boxed every now and then, maybe every few years. It is like wrapping presents to see what you have got and reading them again.

Well, let's think what has happened in the book industry, since I last posted a list of my favorite books.

First of all, the writing of the eBooks has escalated with the self publishing becoming a norm. Everyone can now write a book. The possibilities are enormous. Not ever in the history has there been so many books written than right now.

Did you know that the same amount of information that was previously produced from the dawn of time to 2003 is now produced in two short days due to the World Wide Web.The context is the king as they say in the marketing world.

Every book genre has gone through a massive change, be it because the game has changed with the digital publishing or be it that the mindset has changed. Certainly in the Romance Book genre the critical mass for writing hard core sexual images was reached with the publishing of The Fifty Shades Of Cray and its followers. The play field of the a romance books has changed from nice to naughty. It can clearly be experienced by the ardent readers of romance.

This doesn't mean that the quality of the books has gone down. On the contrary, the competition and the social media marketing has really made it imperative for the authors to sharpen their pens or minds in order to create more elaborate plots and more varied themes to arouse and interest the audience to grave more and more. And that we do.

So, why am I talking about this in the posting about updating my favorites book list. That is because I now have to consult my own iBooks to see what books I enjoyed and I bet there is a few covers that I would not like to display on my bookshelf in the printed form. Hence, the bookshelf has nearly disappeared. 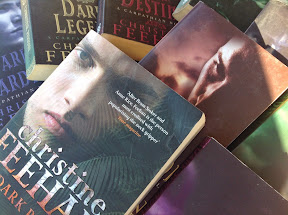 However, since the 2011, I have truly found that the series on any book genre are thriving. Christine Feehan now tops my fantasy writes list. Her Dark series was given to me as a present not long ago. It is so cool to be able to start with the book number fifteen and proceed forwards and backwards as you please. My daughter is having a heart attack on how I break the rules.


Posted using BlogPress from my iPad

About Becoming a 'Key Person Of Influence' (KPI): A review of the seminar held in Brisbane, Australia, on the 5th of September, 2014 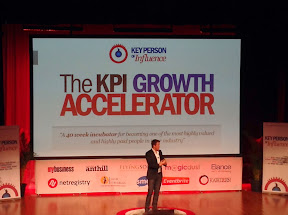 Have you ever wondered how to quickstart your new entrepreneurial venture? Is it sometimes hard to try to structure your thoughts and get a clear picture of something you know so well, but just cannot quite get right? Well no worries, join in the KPI phenomenon.

It is extraordinary what happens to you when you are inspired. It is a great feeling to experience how the synchronicity starts forming itself and how your thoughts change, new ideas just keep popping up and the momentum starts building for your projects, your company or whatever you are focused on. On Friday the 5th of September, I truly felt like being in the right place at the right time is a key to experience something great.

Namely, I was privileged to attend the Key Person of Influence seminar at the Brisbane Convention Centre, hosted by Glen Karlson and featuring partners like Matthew Michaelewicz, Andrew Griffiths and Valerie Khoo, all bestselling authors and creators of lucrative business models, in software, marketing and writing. 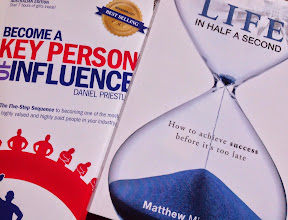 A seminar really can help you to take that one step you need to push yourself from indecisive and shy attempts of forming a plan to a clear focus on what you need to do in order to reach your goals. The KPI event did just that.

It was all about delivering value to the audience who was hanging on every world. My brain was really feeling like busting it barriers. I literally felt it expanding. Who knew that it could do that.

Honestly, I was prepared to encounter someone who would really easily and clearly explain to me what was going on in the world right now and how I could navigate the pitfalls of the new technology and skyper age without blowing my brain up with the effort to do so.

Turns out the answer is in structuring your thought patterns, creating a functional model around your ideas and focusing on the micro-niche of your own passion. WoW! I was really with the like minded people in that seminar. What could I do with this new realization?

Well, according to Daniel Priestley's book Become a Key Person of Influence (which I immediately read afterwards) it is to use your vitality to enhance your changes of getting things done. It is a well thought 'five-step sequence', including the perfect pitch, publishing a book, creating a product, profiling yourself and finding those great partners to enhance your power.

A great, great seminar. And it is not the end as I keep getting emails with more information, more videos, more suggestions and what is even more; I am joining the next step in their 'Discovery Sessions' to explore my hidden possibilities to participate in this new way of looking into the world we live in right now. So, stay tuned. There is more .....

Go to http://keypersonofinfluence.com.au to find out more or buy tickets to their future events around the world.

Posted by Unknown at 4:57 PM No comments: