How Long Does the Santa Claus Live? 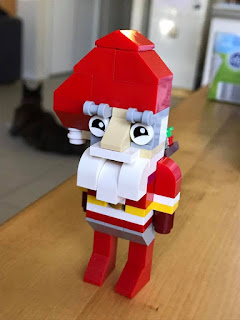 Santa Claus or Joulupukki as I know him in my own Finnish language has been a continuing presence in my life since my birth during the 1950s in Lapland, Finland. I am a Christmas child myself who was born in a city that resides both the Santa Claus’ Main Post Office at Napapiiri at the Arctic Circle and the long tradition of tourist industry around Santa/Julupukki, including the official University courses in Elf Profession. Just check here to believe it. I am not telling you fibs.


Once in a while, or quite often actually, researchers do tell you that Santa is a lie, check in here and if you still have doubts here it is in Finnish. Every now and then we are also reminded that adults think too much. I mean in no respect to demean the two articles presented here but I am convinced that whatever we believe does construct our reality, including the metaphysical reality of Santa. Check my previous 2010 posting here about what is the history of the Santa tradition I believe in. 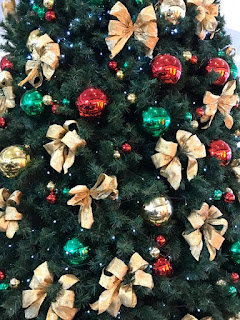 This year, like every year, it has come to pass that people are considering Santa and their Christmas traditions, including its political correctness and the commercialisation surrounding the modern practice of giving enormous amounts of presents to everyone. It boosts the economy, say the economists and many, if not all the shops rely on their Christmas sales to cover much of their yearly expenses. This makes it understandable that we keep on staring the Christmas markets earlier and earlier in the year. And who wouldn’t like to boost the economy? Or maybe not.

I live in Australia and find that the Christmas for me starts with the decorations at the shopping center, because otherwise, it is summer. The season comes as a great contradiction to my birth home of Rovaniemi, where the winter snow falls plentiful and it is freezing cold. In Australia, in the heat and the sun, it is quite hard for me to think about Christmas in the way I used to as a child. Now my traditions much come from having fun with the grandchildren and imagining with them how Santa would ride the skis from Lapland to deliver the presents Downunder. 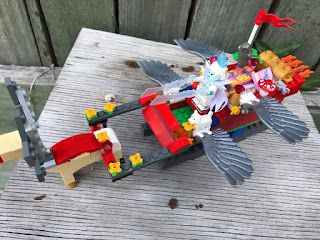 My grandchildren know very well, where the line of the fairy-tale and the reality lies. They think that it is ‘cool’ that they, for example, know exactly where the North Pole is: that it is at Rovaniemi, Finland. And why do they know is because they have been there themselves. My six-year old granddaughter insists on this. “Mummu, I have actually been there twice.” There is no buts about it. She does not think about it philosophically, or in any metaphorical way. For her North Pole is where the Santa lives and because she knows the Santa, Rovaniemi for her is the North Pole. It is possible for children to think about Santa philosophically as well. At the age of five, my elder son asked me how long I thought Santa would live and when I answered: “As long as you believe in him”, he immediately said: “Oh, just like God!” That was also clear at one go and the end of the discussion.


Oh no, my granddaughter thinks about it all as a great potential for performance. She needs the right costume, and the right music and the right atmosphere and we are on. This will be the best Christmas ever performed. I bet it will include the music from the movie Trolls as for her it is the best dancing soundtrack possible to imagine. 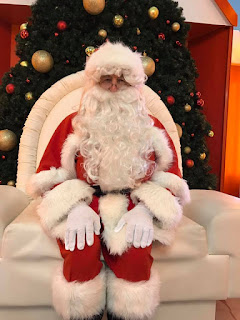 The other way, I get my Christmas spirit rising is through technology and internet. I plan on talking to my family situated around the world, especially the other granddaughter in London. We are planning on maybe decorating our Christmas trees together, at the same time, through connecting on Skype. At least we will build Lego Christmas decorations together in our weekly get-togethers. We will show and tell about all the little decorations I have collected and placed in our tree. They come with different memories of my family for generations. Before this tree decorating used to be on the 13th of December, because the Saint Lucia’s Day was my mother’s day. The family tradition carried to us from Sweden through the WWII when my mother was a refugee as a child there. We remember, I can tell it all to my grandchildren in my mother tongue, in Finnish.
This year, though, like last year, my grandchildren are in a hurry, and so am I. So, we might decorate the tree during the first week of December, already. The artificial trees that last and last make this longer season possible. The positive part is that we can even choose the colour of the tree as we fancy. This year it will be black. And from there on, sitting quietly, watching the lights on that tree reminds me of the Christmases past, present and the future. Baking cookies and the Karelian Pies with kids makes my Christmas real. 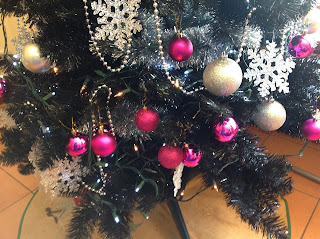 Our Christmas or Yule/Joulu traditions as I say it in Finnish might change and adjust into new technology, new environments and blend with new traditions. Still, for us the message of Santa remains the same: compassion, kindness, light, fun and caring. To me, it is no lie, it is a reality worth sharing with my family and friends and passing on to children and grandchildren.
If the spirit of Santa grows into a figure of a jolly old man or a strong grandma like woman, it might not be so bad to imagine that it is the spirit of the ages, all the good parts from Odin to St Nicolaus and many other unimaginable realities blended together into a consideration of others and their plight. It is not always about us. Mostly it is about the truth. So, how long does the Santa live? I still say that wherever or whenever you are, it depends on your own capability to imagine.