Celebrating Childhood Memories Contemplated in the Light of Sciences and History of Ideas Versus Modern Film and Literature. 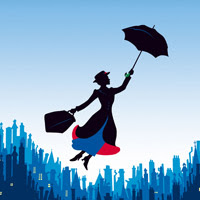 “A history of science is rich in the example of the fruitfulness of bringing two sets of techniques, two sets of ideas, developed in separate context for a pursuit of new truth, into touch with one another.”
(J. Robert Oppenheimer)


For the last week on Facebook (FB) people have been celebrating childhood memories. FB users have been encouraged to change their profile to their favourite childhood characters, either from literature, art, films or cartoons and such. Many of my friends have taken up the challenge. I have had a number of interesting discussions about our memories with my colleagues and friends, starting from “I don’t remember any of my toys or characters” to “such a wonderful childhood we had!” My friends are displaying a variety of characters on their profiles. I am noticing some culturally bound adaptations, though. But apart from that, this great multiplicity just proves that as people are individual as personalities, so are their childhood memories as represented by the characters they choose. 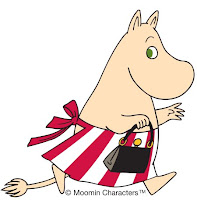 Lately I have also been reading a lot about the function of the brain and neuroscience in how our worldview keeps changing in accordance of how we experience our reality. Applying my new knowledge on brain neurons and their effect on our development and the role of childhood memories on our lives I am asking myself how the childhood characters we grew up with have influenced what we have became as adults.

I would say that over the years of maturing I have moved from Astrid Lingren’s Pippi Longstocking and Tove Janson’s Little Myy (because of the Finnish voice of the actor) combined with Mary Poppins as a movie character as my most memorable figures to Moomin Mum’s contemplative approach and Mrs Banks’ determination to save the world. However, much of it is still in relation to yet another memorable character, namely their ‘bag of tricks’. 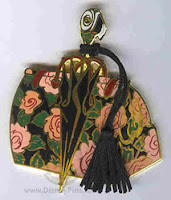 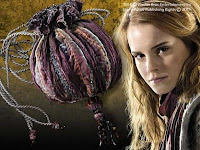 I distinctly remember that sequence of the Mary Poppins’ musical where Mary opens her bag and takes out the lamp and other furniture to decorate her room. This similar scene was nearly copied by Hermione, in the last instalment of The Harry Potter movie series, where she opens her small beaded handbag and takes out the whole tent and camping equipment. I particularly have always admired the Moomin Mom’s handbag, where she finds what is necessary to fix anything and everything from sorrows to fun. Pippi’s bag of gold coins given to her by her father is the strait forward, no nonsense, representation of the modern world where money can short-circuit a lot of efforts for survival. No magical trick needed except for perhaps the adventurous spirit to find a historical shipwreck full of treasure. This kind of endeavour might not prove to be an easy task any more in the world where everything is already mapped quite extensively.

However, the bag of tricks remains in my mind a metaphor for daring to reach into the subconsciousness and look for out of the box ideas for new approached to solving problems presented to the world we live in.

It was a wonderful week to focus on such things from the childhood memories point of view. Now that Christmas is coming we might find a new ways for compassionate attitude to spread around the world. Here are some references on Pippi Longstocking you might be interested in: